Customer Abe fell at home. He was undiscovered for a long time and was admitted to hospital. His fall seriously impacted his overall health and was referred to Revival for help.

He needed our help getting essentials like food and medication. The ward staff weren’t sure if his home met his changed needs too. This held up his discharge and Revival were asked to step in to complete a home inspection, provide support and make sure Abe had what he needed to live safely at home.

“When I first went to Abe’s house it was clear he was struggling to cope before the fall.”

“I found there was no gas and electricity, and his kettle was broken. He’d got into a routine of buying the same things every week but wasn’t clearing out the old out of date food. This had me concerned about his memory and mental capacity.

“The electric had been off for some time which meant food in the freezer had spoiled too. It needed to be cleared before I could provide any new food supplies.

“He also had a lot of unopened post, which later revealed he was in a lot of debt because he’d fallen behind paying his bills.

Jessica put an action plan in place to resolve the issues keeping him from being discharged.

“When I was looking around his home I discovered that the trip switch had been switched and that was why the electricity was off. It was a quick fix and once it was switched back on things started working. I also replaced his kettle which meant he could make himself a cuppa once he got home too!

“I arranged for his home to be cleaned. His fridge and freezer were cleared out, and I referred him to a regular shopping service that would help him keep on top of his food.

“I was concerned he was having issues with his memory. I made a referral for a community key worker and community psychiatric nurse to make sure Abe’s memory issue was diagnosed. I also made a referral to a local day centre and our befriending service to keep him social and feel less alone.

“I discovered that the fire service had previously been to the address. They were called to force entry because Abe had locked himself in. So, I fitted a key safe so trusted people like support workers, carers and family could enter the property with a simple code.

“Because I discovered Abe had fallen behind with paying his bills, I helped to manage his finances. I also helped apply for an attendance allowance which would pay for any support needed.

“Putting all of these things in place meant that Abe could be discharged home from hospital quicker. It improved his wellbeing and reduced the risk of any future emergency call outs. It increased his independence at home and lessened the need for residential care.

Jessica visited after the support was in place. “He was so thankful for the support I provided and said it meant he could live happily at home.” 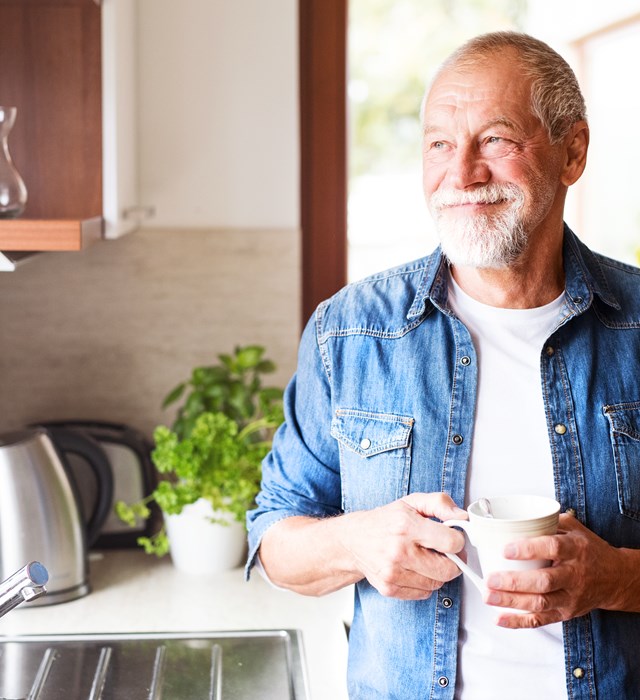 Revival breathes life back into people’s homes to make sure it’s where they feel their best.

Find out more about our Home Support service