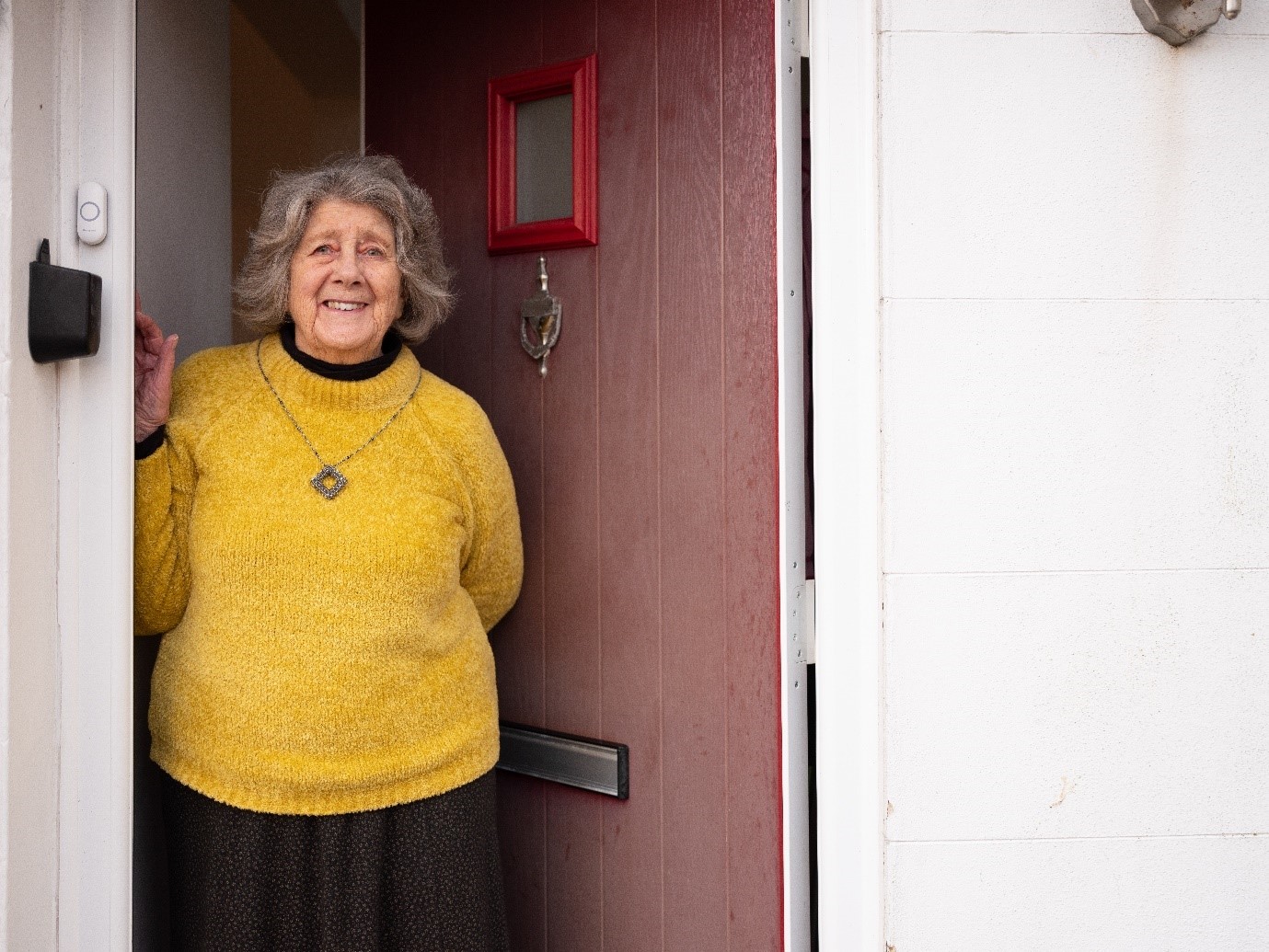 Customer Hilary was referred to Revival as part of our Home Support Service in Stafford South. She needed help getting her food shopping after returning home from hospital and recovering from a broken hip.

Home Support Officer Mark and his team provided support to help Hilary live independently at home for longer. He says: “Although in her nineties, Hilary was fiercely independent before her fall. She was treated in hospital with a broken hip and was sent home to recover.”

“Normally we’d signpost customers to the supermarket’s home delivery services. In Hilary’s case she wouldn’t have been able to bring the shopping in by herself from the front door though.

“She didn’t have any friends or family that could help. Her daughter lived in Yorkshire and was due to go into hospital herself to have surgery. On top of that Hilary had previously been a victim of financial abuse before so she was reluctant to let anybody into her home.

“We suggested she use a personal shopper from a national company who DBS check all staff. Hilary’s daughter thought it was a great idea but Hilary was still reluctant because the shopper would need access to her money, debit card and PIN.

“We made them aware of a service called AllPay which would allow Hillary or her daughter to put money onto a pre-paid credit card. This could then be given out to the personal shopper to do her weekly shop without any risk of further financial abuse.

“Hilary was delighted with the advice we gave her and her daughter couldn’t thank us enough. They told me they will use both services to make sure Hilary has access to essentials and can stay independent in her home as she recovers.

“Hilary’s daughter said: “I was so worried about mum especially because I couldn’t help her myself. I am so grateful of the advice. Thank you so much Revival!

Find out more about our Home Support Services